KATSUHARAPHONE in Concert at Tokyo Geidai

The Baschet sound sculptures in Japan were created in 1969 by François Baschet and Alain Villeminot, invited by the renowned composer Toru Takemitsu, director the Japanese Steel Pavilion of the 1970 Osaka World Exposition, naming each piece after the Japanese assistants. After the Expo the pieces were dismantled and slept in a warehouse. Ikedaphone was restored when the Steel Pavilion reopened as the EXPO'70 Pavilion in 2010, Kawakamiphone and Takagiphone in 2013 in the forest house of former asistant Masatoshi Kawakami by Shiso City in the Hyogo prefecture, Watanabephone and Katsuraphone in 2015 with the collaboration of the Kyoto Art Center and the Kyoto City University of Arts. Katsurharaphone was then restored in 2017 in Tokyo Geidai, with the precious impulse of professor and sound artist Yoshihiro Kawasaki. Sachiko Nagata and Martí Ruids have played the Baschet sound sculptures for each restoration. It is an honor to offer you the first recording after 50 years of silence, having brought back the entire Katsuharaphone, once spread in pieces, back to its shape and function.

Katsuharaphone is actually a system of harps, or lyres, zithers, reminiscent of the Japanese koto, all radiated by big aluminium speaker cones. The compound system comprises a big flat zither-like metal string board with three chromatic octaves range, and three upright lyres, with four strings each, bent into asymmetric halves -so eight pitches are obtained- in pairs of strings sharing tension. This experimental sets of upright strings are bent against an original Baschet rolling bridge with a tremolo arm able to simultaneously pull half of the strings to a higher pitch while dropping the other half down in pitch, allowing for subtle tremolo textures, expressive tone inflections, detunings and wild whammy bar dive bomb effects. One of the upright lyres also features an adjustable buzzing-roaring bridge piece, similar to the Sawari in Shamisen or the Jivari Indian Sitar.

This album contains the music that came to us while restoring the Katsharaphone at the Geidai Factory Lab, reconnecting the parts, setting new strings, replacing nuts and bolts, fixing and guessing the best settings. That collective effort was a beautiful and inspiring process that mixes with the sounds -unheard for decades- inviting us to explore and discover, by direct experience, as the Baschet always do. We loved what we found. Each of the string sounds, crystalline or overdriven by the resonance of the metal speakers, carries a life that lived through times. Witnessing the sounds coming back to our current days was like awakening the serene presence of a dragon.

We are pleased to share the joy and the intensity of this kind of meeting, driven by the curiosity and generosity essential to the Baschet sonic experience. We would like to thank all the crowdfunding participants for making the restoration and concert of Katsuharaphone possible, and all the people who cooperated in the restoration.

2020 is the 100th anniversary of Francois Baschet's birth and the 50th anniversary of the 1970 Japan World Exposition, and an exhibition celebrating it was held at the Taro Okamoto Museum of Art in Kawasaki City, but it was shattered by Covid19. The release of this recording is a celebration of all the many beautiful things that the Baschet sound sculptures from EXPO Osaka‘70 once brought to life, the many personal experiences that took place, and still take place around the sound sculptures. Thanks to everyone who makes this possible. Long live to Baschetology and peace in the world.

Finally, after years of studying the Baschet work, we are happy to share Odontophones an empirical and multimedia study on the use of clamped oscillators, by Sudhu Tewari and Martí Ruiz, published by the Journal of Sonic Studies, covering a huge part of the Baschet pieces and related to other historical and contemporary instruments. We hope this presentation contributes to the public undertanding of the Baschet applied acoustics as well as to the appreciation of the uniqueness of their inventions. 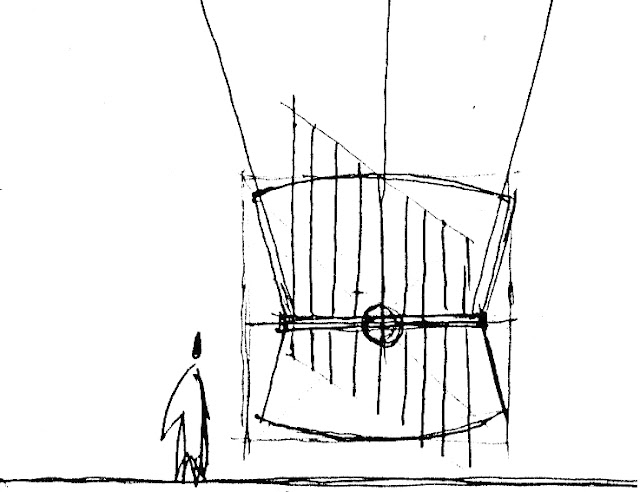